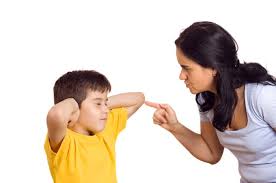 
According to David Elkind & Freddy Sweet Ph.D. (2004), character education is defined as follows: "character education is the deliberate effort to help people understand, care about, and act upon core ethical values. When we think about the kind of character we want for our children, it is clear that we want them to be-able to judge what is right, care deeply about what is right, and then do what they believe to be right, even in the face of pressure from without and temptation from within ".

Further explained that character education is everything that teachers do, which is capable of affecting the character of students. Teachers help shape the character of the students. This includes the example of how the behavior of the teacher, the teacher how to speak or submit material, how tolerant teacher, and a variety of other related matters.

Character education rests on the basic character of man, that comes from universal moral values ​​(absolute), which comes from religion is also referred to as the golden rule. Character education can have a definite purpose, if it rests on the values ​​of the base character. According to psychologists, some value of the basic character is: love of God and ciptaann His (nature with its contents), responsibility, honesty, respect and courtesy, compassion, caring, and cooperation, confident, creative, hard working, and unyielding, justice and leadership; kind and humble, tolerance, love of peace, unity and love. But others argue that the fundamental character of man consists of: trustworthy, respect and attention, caring, honest, responsibility; citizenship, sincerity, courageous, diligent, disciplined, visionary, fairness, and integrity. Implementation of character education in schools should be based on the values ​​of character base, which subsequently developed into values ​​that are more or higher (which are not absolute or relative) in accordance with the needs, conditions, and the school environment itself.

Today many parties demanding an increase in the intensity and quality of the implementation of character education in formal educational institutions. The suit is based on a growing social phenomenon, namely the increase of juvenile delinquency in the community, such as a mass brawl and various other cases of moral decadence. Even in certain large cities, these symptoms have been to the extent that very troubling. Therefore, formal educational institutions as an official container development of young generation is expected to increase its role in the formation of personality of students through increased intensity and quality character education.

Educational experts generally agree on the importance of improving the character education in formal education. However, there are differences of opinion between them about the approach and mode of education. Associated with the approach, some experts suggest the use of moral education approaches developed in western countries, such as: cognitive approach to moral development, value analysis approach, and the approach of values ​​clarification. Others suggest the use of traditional approaches, namely through the planting of certain social values ​​in self-learners.

Based on the above discussion it can be affirmed that character education is an effort that is designed and implemented systematically to help students understand the values of human behavior associated with the Almighty God, ourselves, our fellow human beings, the environment, and nationality were manifest in thoughts, attitudes, feelings, words, and actions based on religious norms, laws, manners, culture, and customs.